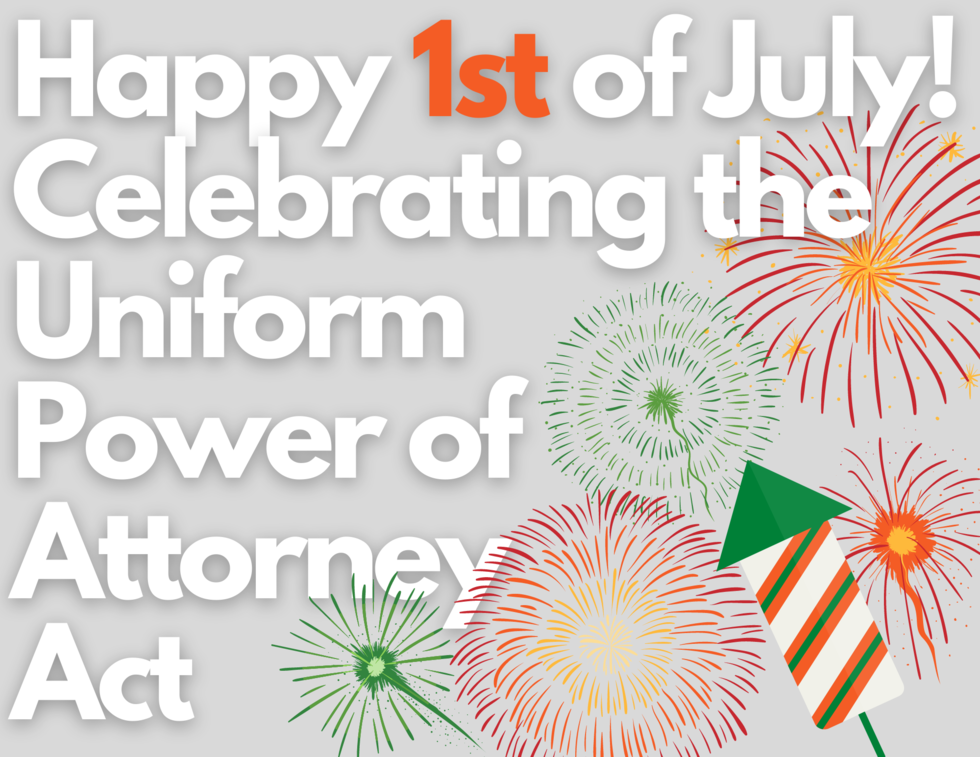 On July 4th, residents of all 50 states will celebrate our country's 245th birthday with hamburgers, hotdogs, pool parties, and fireworks displays. In the state of Georgia, July 1st marks another important anniversary, of which most residents will be unaware. On this day four years ago, Georgia's Uniform Power of Attorney Act went into effect. This may not sound very exciting, and we understand if you hold the fireworks for Independence Day, but make no mistake—this anniversary affects you and your estate planning directly.

The Uniform Power of Attorney Act (UPAA) went into effect on July 1st, 2017 and applies only to powers of attorney signed on or after that date which comply with the provisions of the new act. Don't worry—the new law did not invalidate powers of attorney prepared prior to then, but we recommend you update your POA so that you can reap the benefits of the important changes.

First, the UPAA better protects you, the Principal, from a rogue Agent (the person designated to manage your affairs if you become incapacitated). The new law clarifies the Agent's obligations to the Principal and provides that an Agent may be held liable if it is found that they are abusing their power and not acting in your best interest. If your care and affairs are being neglected while your agent is living large on your assets, he or she can now face legal repercussions.

Second, the UPAA also includes provisions that force a third party, such as a financial institution (think of a bank or brokerage firm), to accept the POA and allow the Agent to act on behalf of the Principal. This is very important because prior to this law taking effect, the Principal's bank or investment firm could deny the POA and refuse to permit the Agent to manage the Principal's accounts. The UPAA now gives the third party a short time period to ask for further documentation, consult counsel, or accept the POA. If they do not accept within the deadline, a court may then affirm the POA, forcing the third party to accept it and potentially reimburse the Agent for his litigation fees in seeking to force the acceptance of the POA.  When you are planning for possible incapacity, the ability to ensure that the POA will be accepted by banks, investment firms and others is obviously very important, and the UPAA brought about a fix to what was a potentially large problem.

In addition to these two main changes, the UPAA also allows an electronic version or a copy of the original POA to be utilized in certain circumstances and specifies a uniform document and verbiage for all POAs. Further minor changes were ratified in July of 2018 by the Georgia legislature.

At Peach State Wills & Trusts, our belief is that the changes instituted by the UPAA are significant enough that all Georgians with POAs dated before July 1, 2017 (or later if not consistent with the UPAA) should have their document updated consistent with the new laws. Your old POA is still valid and effective, but don't ignore what you've learned here. Remember—these laws were updated for a reason. By not updating your Power of Attorney, you run the risk of experiencing these reasons firsthand. Don't take that gamble; call us today to discuss your POA.